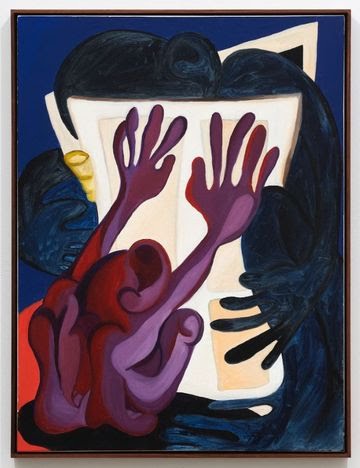 The Hollywood producer spent more than $100,000 on a dozen works by emerging artists since March, even as the coronavirus pandemic resulted in closed galleries, postponed auctions and canceled fairs.

He did so by tapping into online viewing rooms, which galleries worldwide hopewill help mitigate massive revenue shortfalls that are making it harder to cover rent and pay staff. About a third of 236 international galleries don’t expect to survive the crisis, according to a survey last month by the Art Newspaper and economist Rachel Pownall.

“I thought it was important for someone like myself to help out younger artists and small galleries,” said Sherman, who’s been collecting since 2012. “People are struggling.”

Collectors have been bombarded in recent weeks with offers from dealers, auction specialists and fair organizers seeking to keep clients hooked on art. This month is going to be even busier, starting with the online edition of Frieze New York and several commercial and charity auctions.

Artlogic, which builds online viewing rooms for galleries, said inquiries have increased 60% since mid-March and plans to launch 45 viewing rooms in the next month, with public and private spaces as well as VIP-like events and bespoke design. About 40,000 unique visitors flock to its platforms daily.

Some results have been encouraging. A Swiss collector bought “Homage to the Square” by Josef Albers after the $1.8 million painting appeared on David Zwirner gallery’s digital platform for secondary-market works. Buyers pounced on eight new drawings by Rashid Johnson, offered online by Hauser & Wirth, with prices ranging from $45,000 to $75,000. Gagosian gallery’s weekly spotlights of one work by an artist — including Stanley Whitney and Jennifer Guidi — totaled almost $900,000 in the past month.

Auction houses also have been stepping up their online presence. Sotheby’s said it sold $60 million of art and collectibles in March and April, including a George Condo painting for $1.3 million in an online auction.

“It’s one big poker game at the moment,” said Jean-Paul Engelen, deputy chairman and worldwide co-head of 20th century and contemporary art at Phillips. “Online is great and the works are selling well, but it’s not nearly the volume we are used to.”

Still, that’s better than nothing.

“It’s all we’ve got,” said James Barron, who found a buyer for “Mimi,” a 1955 Alice Neel portrait, during the online edition of the Dallas Art Fair in April. It sold at a discount to the $700,000 asking price.

There are limits to buying art sight-unseen. Collectors’ confidence often depends on their familiarity with an artist’s work, the person selling it and the price. Sherman said he was comfortable spending $3,500 to $25,000 per work, including an $18,000 painting by Woody De Othello from Jessica Silverman Gallery.

He bought from the galleries he knew or those he discovered on Platform, a digital initiative by Zwirner to highlight newer galleries in New York, London and Los Angeles.

But seeking fresh talent without the imprimatur of a blue-chip gallery might be tougher.

“I am not looking at any viewing rooms except for the artists I know and follow,” said Alain Servais, a Brussels-based collector.

Baird Allis, a Chicago attorney who collects Old Masters, had been skeptical of buying works online.

“Pictures always look great in the catalog,” he said. “When you see the painting in person, it often doesn’t look the same.”

But then his Sotheby’s contact told him about the online sale of the works amassed by Old Master dealer Rafael Valls. He viewed high-resolution images and received detailed condition reports before bidding on a few lots. He won a small Dutch landscape painted in 1627.