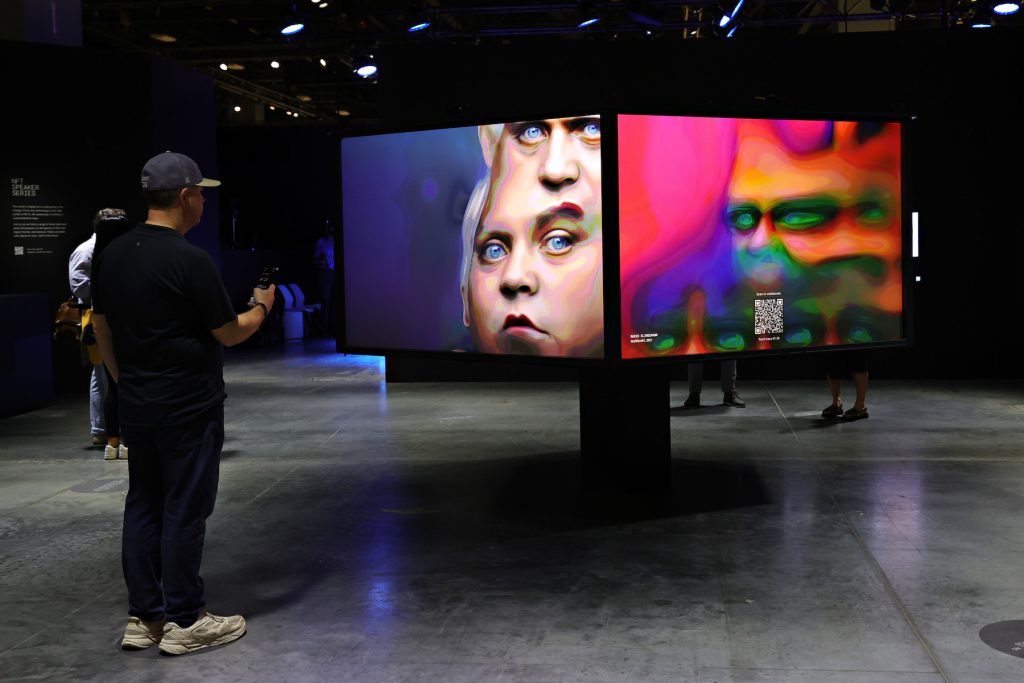 Even as millions are invested in digital art, fundamental issues remain.

It’s been barely a year since NFTs started fetching eye-watering sums of money. The space is so new that laws have yet to catch up, creating a Wild West for those willing to forgo the risks of legal liabilities, including civil lawsuits, for the promise of profit.

As a recent example, after director Quentin Tarantino announced he was selling NFTs based on his Pulp Fiction screenplay, Miramax filed a lawsuit accusing him of copyright infringement. The production company claims it still has nearly all rights over the film, including those to create NFTs from excerpts of the script.

Who gets to profit from NFTs is just one fuzzy area in the space. Other issues to consider include the impact of future regulation, anti-money laundering laws, and tax reporting. It may be too soon to tell how all of these will pan out, but the following seven legal gray areas point to the many issues that remain to be worked out within this fast-developing space.

1) What do you actually own when you own an NFT?

Intellectual property laws are one of the grayest of the legal gray areas in NFTs. Many consumers buy NFTs without fully understanding what that entitles them to, which in many cases ends up being just the token.

Owning an NFT doesn’t guarantee you rights to the underlying creative asset. As an artist, you have a copyright in your own work. If you mint an NFT, you can transfer that right to the buyer. However, this transfer does not happen automatically. It needs to be spelled out in a written contract, separate from the NFT.

Even having done that, intellectual property law is complex. Say you mint an NFT of a photo. Who is in the photo? What rights does the subject have? What if Mickey Mouse, a character that Disney holds copyright to, is standing in the photo?

“You need intellectual property lawyers to splice all of this together,” Katherine Kirkpatrick, a partner at King & Spalding law firm who focuses on fintech and blockchain, explained to Artnet News.

Owning an NFT also does not insure that the original artist will not go on to create a dozen copies of a digital work of art and devalue your investment. So you have to read contracts carefully. (To be fair, this is also true of photographers making prints of their work, or even sculptors making additional castings.)

Will things get less murky over time? Dan McAvoy, an attorney at Polsinelli in New York, thinks so. “But for now,” he told Artnet News, “we are going to see a lot of civil litigation in the space where the terms of the platform or the NFT smart contract itself are not clear as to who owns the underlying asset tied to the NFT and how they are able to exploit that asset for further profit.”

2) What happens if someone mints an NFT of my art?

There have been plenty of instances of people complaining that someone has minted on NFT based on their work. What recourse does the artist have?

Traditional copyright laws still apply, according to James Gatto, a partner at Sheppard Mullin law firm in Washington, D.C., who specializes in intellectual property law. If the NFT is on a marketplace, you can submit a DMCA takedownrequest to have the material taken down. Most marketplaces will comply, he said.

What if the person already sold the NFT and made away with the profits based on your work? Then you run into the trouble of tracking them down.

You can file a John Doe lawsuit and seek identity through subpoenas of the marketplace, Gatto said. The problem, however, is that many NFT platforms are “decentralized,” meaning that they merely facilitate trade and never actually take custody of the asset. As a consequence, they don’t necessarily know themselves who NFT buyers and sellers are.

That could change though, if future regulations require platforms (both decentralized and centralized) to ID their customers.

When you cash out on cryptocurrency, the IRS wants you to pay capital gains on the profits, just as you would when you sell a home, car, or stock. However, the IRS has yet to issue specific guidance on NFTs, so it’s not obvious yet what bucket NFTs fall into.

Trading in NFTs is clearly taxable, but it is not clear cut, Omri Marian, a law professor at the University of Irvine, told Artnet News. For example, if an NFT is considered “art” traded by a collector, it may be taxed as a “collectible” and subject to a 28 percent tax rate, instead of the regular capital gains tax of up to 20 percent.

Regarding NFT airdrops (a distribution of free tokens to certain wallet addresses) and other freebies, the IRS issued a ruling in 2019 that these were taxable upon receipt as income. But things can quickly get confusing.

For instance, AMC Theater is giving away 86,000 Spider-Man NFTs to people who buy advance tickets for this month’s Spider-Man: No Way Home. I asked Marian if those were freebies that moviegoers would have to report as income. No, he said. “You could reasonably argue [the recipients] pay for it (like enjoying a discount if you are an early purchaser, or some other added bonus for being an early adopter), so receiving it is not taxable. Selling the NFT is.”

Currently scalpers are selling Spider-Man movie tickets for thousands of dollars, so those Spider-Man NFTs could actually end up being quite valuable.

“A physical object of art—is it a security?” asks Max Dilendorf, a cryptocurrency lawyer and partner at Dilendorf Law Firm in New York, asked, explaining the distinctions at play. “If I say to you, ‘Listen, buy this piece. I, Max, will do everything to make the price go up. I will take it on a tour,’ then there is an argument to be made as to whether it is a security.”

Do some NFTs fall into that category? Maybe.

Larva Labs, the company behind the pricey CryptoPunk NFT collection, has already raised a few legal eyebrows around this issue. In what resembles a distribution of shares, the company’s founders kept 1,000 CryptoPunk NFTs for themselves, while giving away 9,000 Punks in 2017. Recently, the firm signed a deal with United Talent Agency, which could see Punks popping up in film, TV, and video games. UTA will also represent Larva Labs’ other NFT projects, Meebits and Autoglyphs.

5) What about fractionalized NFTs?

Some companies have been creative about finding new ways to profit from NFTs. One of these is fractionalizing NFTs through the issuance of other tokens, which divvy up ownership of the asset. Essentially, they are fungible tokens tied to non-fungible tokens.

When crypto entrepreneur Vignesh Sundaresan (aka MetaKovan) bought up a series of Beeple NFTs in late 2020, he fractionalized the NFTs by creating a new B20 token. The pitch was that by investing in this token, traders who could never afford a Beeple NFT could get in on the action. Are these tokens securities?

SEC commissioner Hester Peirce, who has been a long-time fan of crypto, thinks they may be. In March, she warned the issuers of fractionalized NFTs and NFT index baskets that they could inadvertently be distributing investment products.

6) How do NFTs figure in anti-money laundering laws?

As things stand, NFTs do not fall under the Bank Secrecy Act, a law that requires U.S. financial institutions to check their customer’s identities and report suspicious transactions to regulators. But the sands could shift.

Earlier this year, Congress passed the Anti-Money Laundering Act of 2020 with the biggest changes to the BSA in two decades. As a result, the Treasury Department’s Financial Crimes Enforcement Network, or FinCEN, is currently studying the links between money-laundering and the art trade.

If the bureau finds reason for concern, it will likely recommend to Congress in January that dealers of fine art be subject to the same reporting requirements as banks. It is very possible that NFT marketplaces like SuperRare and Nifty Gateway could be considered “art dealers.”

7) When is an NFT a collectible and when is it a virtual asset?

The FATF is concerned that virtual assets “are becoming increasingly mainstream for criminal activity more broadly.” It wants governments to expand their regulatory oversight of virtual asset service providers, or VASPs, and require them to identify their customers and take stronger action against money laundering. These FATF guidelines don’t have the force of law, but there is a strong chance that the U.S. and other national regulators will adopt them.

In a relief to NFT holders, the FATF clarified that NFTs and crypto-collectibles fall outside its definition of a virtual asset. However, there’s still much to consider.

Dan McAvoy agrees that NFTs that are used as collectibles—and not as a form of payment or investment instruments—are not virtual assets. “That said, the guidance also says that you need to look at the substance of the NFT,” he adds. “If it’s actually being used for investment or financial purposes then it could be a virtual asset.”

So, it really depends on what the buyer and seller do with NFTs. At the end of the day, money-laundering through art is money-laundering. Follow Artnet News on Facebook:

Want to stay ahead of the art world? Subscribe to our newsletter to get the breaking news, eye-opening interviews, and incisive critical takes that drive the conversation forward.