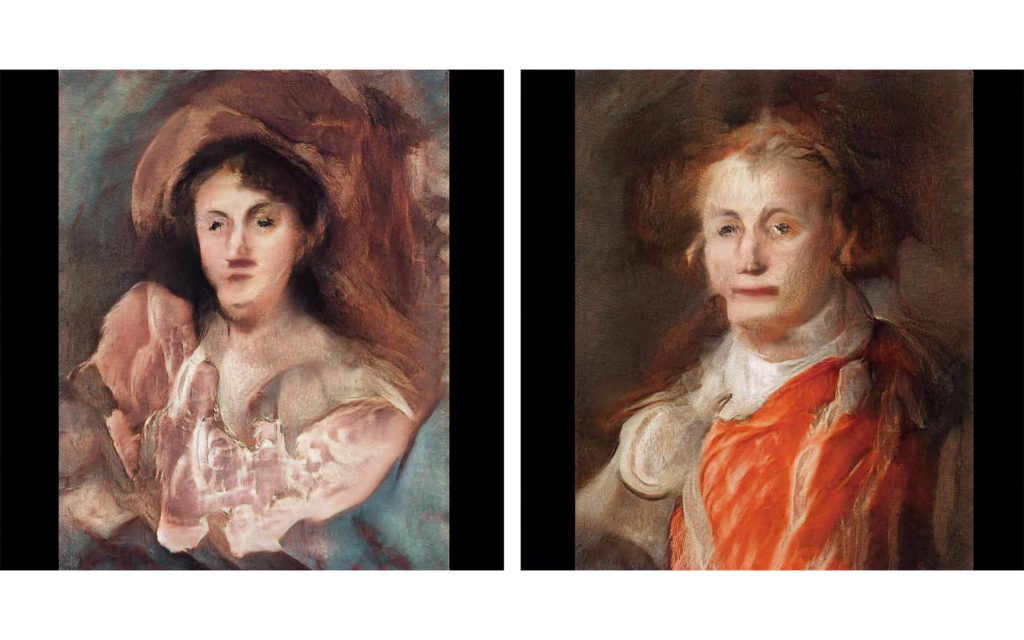 Brian Boucher explores the hyped technology’s impact on the artworld, and its potential for change

On March 11, the auction hammer was heard around the world when Christie’s sold a purely digital artwork for the first time. Everydays: The First 5,000 Days, an NFT, or non-fungible token, by Mike Winkelmann, aka Beeple, went for an astonishing $69.3 million. Virtually no one in the traditional artworld had heard of him, but that price made Beeple the third most valuable living artist at auction after Jeff Koons and David Hockney.

An artworld that had experienced a sharp drop in revenue during 2020’s pandemic lockdowns saw a potential El Dorado in NFTs, a term that can apply to any digital collectible (an image file in Beeple’s case) that is authenticated through blockchain technology. Blockchains, for the uninitiated, are often described as decentralized digital ledgers, or as Artnet News’ Tim Schneider put it simply, ‘an ongoing, digitized record of transactions.’ This record can be used to provide an inviolable record of authenticity and provenance for digital artworks. The value of the NFT market tripled over the course of 2020, surpassing $250 million, according to a report carried out by L’Atelier BNP Paribas and Nonfungible.com.

That market has come back down to Earth, but this spring, everyone from major auction houses to mom-and-pop galleries rushed to sell and trade NFTs. One look at the demographics of the bidders at the Beeple sale revealed one reason for the rush to this new market: The majority (58%) were from the coveted millennial demographic, and nearly all bidders were new to Christie’s, having previously bought their NFTs on sites such as SuperRare and MakersPlace (which partnered with the house on the Beeple sale).Urs Fischer, CHAOS #1 Human [image (still)], 2021 © Urs Fischer. The Swiss artist recently partnered with Pace to launch his own series of NFTs.

Not everyone in the artworld was learning about digital practices for the first time. Institutions such as Rhizome (New York) curate and historicize such work; nonprofit galleries like Furtherfield (London) focus on art and technology; businesses like ascribe (Berlin) aim to foster the marketplace for digital art. Galleries including bitforms (New York) and Upstream (Amsterdam) show artists working in mediums like websites, computer-generated imaging, and augmented reality.

All the same, post-Beeple, the arms race was on. Seemingly every discussion on the popular new social media app Clubhouse focused on how NFTs might revolutionize the art market. Francesco Bonami, one of the world’s best-known curators, became a digital artist in his own right when he produced – or ‘minted,’ to use the crypto lingo – a series of NFT artworks. Sotheby’s launched a collaboration with digital artist Pak. David Zwirner quickly invited Beeple to be a guest on his gallery’s podcast, putting him in conversation with the artist Jordan Wolfson.

Some critics were quick to sound a cautionary note, making comparisons with the Dutch tulip craze of the 17th century. Other skeptics pointed out that, due to the decentralized nature of the blockchain, the minting of every new NFT consumes massive amounts of energy – clashing with the artworld’s collective effort to go green.

All the same, some unexpected galleries have seen this as the moment to experiment.

Kamel Mennour (Paris and London) is better known for showing artists who are internationally known but not associated with digital technology, from Anish Kapoor to Ugo Rondinone. Mennour undertook a project with the French AI art collective Obvious (Hugo Caselles-Dupré, Pierre Fautrel, and Gauthier Vernier), who created portraits of art-historical figures using machine-learning algorithms. Each work was offered in an edition of one on the platform SuperRare.

Obvious made headlines in 2018 when its Portrait of Edmond de Belamy, the first artwork generated using AI, sold at Christie’s for $432,500 – 43 times its presale high estimate. But Mennour wasn’t looking to make similar fireworks.

‘Since they sold the work at Christie’s for such a big amount,’ he says, ‘the idea was to restart from the beginning,’ and establish more sustainable prices. All three works sold in the range of $20,000, to collectors from the NFT sphere, thus bringing the gallery potentially fruitful new relationships, ones that could even open access both ways – for traditional galleries like Mennour to new clients, and for NFT collectors to highly desirable artists like Kapoor.

Galleries that had already worked at the intersection of art and technology, meanwhile, hit the digital ground running. Pace Gallery (New York City, London, Hong Kong, Seoul, Geneva, Palo Alto, East Hampton, and Palm Beach), for example, is known for working with cutting-edge artists such as Studio DRIFT, and Random International. (As a separate entity from the gallery, its president and CEO Marc Glimcher and Mollie Dent-Brocklehurst, the former president of London Pace, also founded the experiential Miami art space Superblue in 2020.) This spring, the gallery announced new NFT artworks by two artists.

Urs Fischer, known for his voracious appetite for innovation, released a series of NFTs with the gallery (though he remains represented by Gagosian). ‘CHAOS’ consists of 501 original works in the form of unique digital sculptures, each an animation showing two familiar objects, such as an egg and a cigarette lighter, fused together; buyers get a reference rendering and the underlying data to construct the piece. The first fetched $97,700 on Fair Warning, the auction platform created by former Christie’s executive Loic Gouzer; the rest went to Pace and MakersPlace, where they have been achieving prices up to $60,000.

Meanwhile, John Gerrard, known for his work in digital simulation, answered the environmental critique of the NFT by launching regenerate.farm, an Ethereum crypto fund for climate and soil regeneration. It has been funded by the release of an NFT version of Western Flag (Spindletop, Texas) (2017), which was commissioned for Earth Day that year by the UK’s Channel 4 as a TV hack. The work depicts the site of the world’s first major oil find and shows a flag waving in the landscape, its fabric replaced by an endless stream of black smoke. Half the proceeds from the sale of Western Flag (NFT), released on the trading platform Foundation, are going to soil restoration and post-petroleum agricultural practices that remove petrochemicals and nitrogen fertilizer from soil and draw down CO2 into the ground in the artist’s native Ireland. It is a promised gift to a major US museum.

‘Our guidance behind our artists’ exploration of NFTs entirely falls in line with Pace’s ethos and reputation as an industry leader working at the intersection of art and technology,’ says the gallery’s first online sales director, Christiana Ine-Kimba Boyle, who joined Pace this spring. ‘I equate where we are with NFTs to the blissful 1990s, where insurmountable growth and expansion were the decade’s highlights. However, unlike the stock market, the blockchain presents a technology solely for the people, where your peers dictate value, and information is accessible for all.’

Artist Simon Denny began staging shows dealing with cryptocurrency and blockchain at Petzel (New York) as early as 2016. As fate would have it, just a week after the Beeple sale, he opened the show ‘Mine,’ dealing with energy mining, data mining, and the environmental impacts of Ethereum, the blockchain that provides the foundation for the most popular platforms, including SuperRare. On that same platform he launched a series of NFT ‘portraits’ of computers he had bought on eBay that are typically used to gather cryptocurrency; he then donated the computers to environmental researchers at Oxford University. The first NFT quickly sold for 28 Ethereum (about $49,000 at the time).

‘I’ve made artwork about crypto and various different usages of “mining,” from Bitcoin to minerals to data, so moving that to a conceptual gesture on chain and a digital artwork was really exciting for me,’ says the artist. ‘NFTs show an incredible bump of interest in crypto from the art community and art from the crypto community – an intersection that was much slimmer in interest before late 2020.’

On the other side of the world from Petzel, at Art Basel in Hong Kong (May 21-23), Hong Kong gallery Ora-Ora, which shows many new-media artists, took another step by presenting its first NFTs – by Peng Jian and Cindy Ng – which were also the first NFTs shown at an Art Basel fair. In another first, the gallery launched a marketplace on the NFT trading platform OpenSea and accepted payment in cryptocurrency. ‘We made good sales at the fair, including sales of the NFTs on our booth,’ says Ora-Ora’s co-founder Dr. Henrietta Tsui-Leung. ‘We will continue to develop NFTs as part of the gallery’s program.’

Also at the fair, The Screens Guru, an art-tech startup, debuted an NFT for sale at the booth of local institution 1a space. By the people, from the people is by the Hong Kong artist group WAVE, which is devoted to exploring NFTs as an art form; the work consists of a QR code (a key symbol in viewing and trading NFTs) composed of 335 fingerprints. Auctioned on the OpenSea platform, it went to the highest bidder at 4.4 Ethereum (about US$11,000). Just 18 months old, The Screens Guru is described as an artist incubator by its co-founder Peter Yu: ‘We match artists with technology to explore new ways of art making.’

Having already been interested in blockchain for several years, it was natural for Berlin dealer Johann König to make the show ‘The Artist is Online: Digital Paintings and Sculptures in a Virtual World’ visible on the Ethereum-based blockchain platform Decentraland. It featured artists including Jonas Lund, Anne Vieux, and Addie Wagenknecht, as well as dealer-curator Kenny Schachter (who showed an animated video of himself crawling out of his skin at the prospect of yet another Clubhouse discussion about NFTs).

A view of ‘The Artist is Online: Digital Paintings and Sculptures in a Virtual World’, König Galerie, Berlin, London, and Seoul.

In March, the gallery organized a six-day auction of works from the show on the NFT trading platform OpenSea. According to Anika Meier, who co-curated the show with König, the sale was an experiment to see if its clients were comfortable transacting with cryptocurrency. Apparently so: nearly all of the 29 works sold.

König plans to keep holding exhibitions on Decentraland. Six months’ worth are already planned, some with associated NFT drops; there may also be more auctions, says Meier. But they will all be founded on the gallery’s traditional role.

‘It’s great that so much is happening with NFTs,’ she says. ‘But you have to focus on what galleries do, which is making exhibitions.’

Top image: a view of ‘The Artist is Online: Digital Paintings and Sculptures in a Virtual World’, König Galerie, March 2021.