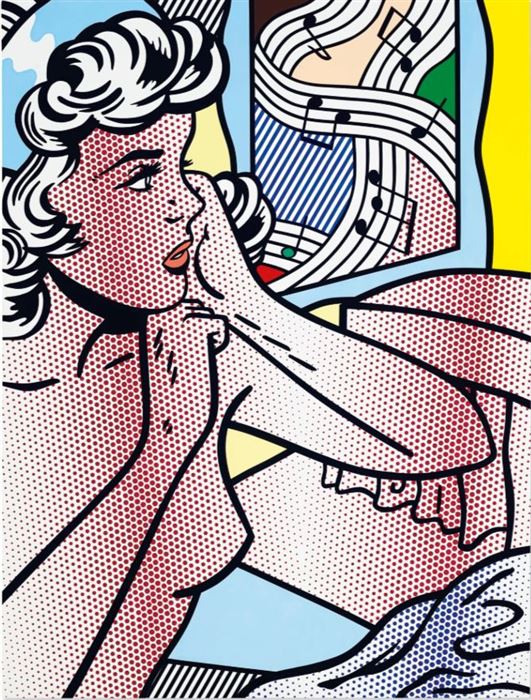 Christie’s showed a strong hand with the innovative ONE auction. Sotheby’s sold more. Who’s winning the race in the post-Covid market?

Some $900 million worth of art came under the hammer last week, led by Christie’s big ONE sale that totaled almost $422 million, the biggest single sale of the auction-packed two weeks that finally saw the postponed spring auctions infuse the art market with confidence, but also exposed reservation on the sellers’ side following the prolonged period of uncertainty. The gross numbers, however, show Christie’s trailing Sotheby’s sales over the past two weeks by no small margin, as Christie’s can claim the most spectacular sale, but Sotheby’s underscored its edge in dealing with the current challenges.

The sale was scarce in terms of women artists, but the ones that did appear performed well. Joan Mitchell‘s La Grande Vallée VII sold just below its high estimate at $14.46 million, making it her second most expensive work at auction ever and the best performing of five ambitious lots over the past two weeks. Ruth Asawa’s Untitled (S.401, Hanging Seven-Lobed, Continuous Interlocking Form, with Spheres within Two Lobes) sold above estimate at $5.38 million, and Georgia O’Keeffe’s From Pink Shell realized twice its mid-estimate at $5.1 million.

Much of the sale’s attention was focused on the innovative format with the four auctioneers simultaneously navigating the multiple locations. It was more spectacular than Sotheby’s New York auctions, but more vulnerable to technological and logistical challenges. With New York claiming almost three quarters ($300 million) of the sale’s total value and the Paris and Hong Kong(featuring just two Asian artists) parts together accounting for only $56 million and 26 lots of the total 82 lots, it’s not entirely sure whether the spectacle merits the effort. Bidders might however appreciate the show in absence of the live auction’s energy.

The sale realized a respectable nine lots over $10 million. Sotheby’s counted only five $10+ million lots at its main evening sales but taking into account the entire roster of sales from the last two weeks that score amounts to twelve lots selling at Christie’s vs. ten at Sotheby’s.

This includes the almost overshadowed magnificent works that were sold by both Sotheby’s and Christie’s at their Hong Kong sales. Sanyu and Zao Wou-Kiwere the stars of those. Sanyu sold north of $60 million, mainly thanks to two lots, Chrysanthèmes blanches dans un pot bleu et blanc, which more than doubled its estimate to sell at $24.5 million at the Modern and Contemporary Art Evening Sale at Christie’s, and Quatre Nus, which garnered an outstanding $33 million at the Modern Art Evening Sale at Sotheby’s, Sanyu’s second highest auction result. This lays the foundation for a potential record year for the Chinese-French painter, who is approaching his 2019 high and shows a significantly strengthening median value.

Zao Wou-Ki made up for the disappointment of his leading lot failing to sell at Christie’s Hong Kong part in ONE (figuratively, that sale was actually later) with $65+ million in sales spread over 10 lots at the Hong Kong sales.

Sotheby’s hosted a whopping thirteen art auctions in the past two weeks (excluding the standard online auctions), whereas Christie’s hosted seven. In total sold art, that amounts to $685,559,016 at Sotheby’s vs. $583,364,594 million at Christie’s.

Each of the auction houses will claim its victory. Christie’s with its highest earning sale, the best show and the important capability of smashing records for blue-chip artists. Sotheby’s achieved higher totals, the highest selling lot (Francis Bacon’s $85 million sale of Triptych Inspired by the Oresteia of Aeschylus), technological advantages and displayed much more diversity. More on that battle for hegemony next week…