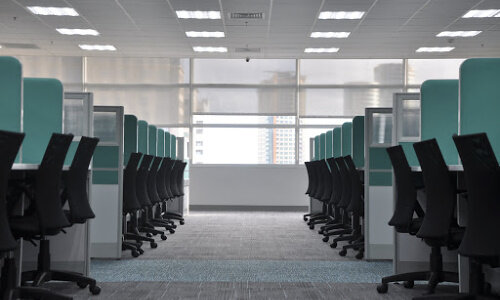 The Swiss financial market will see jobs disappear due to the coronacrisis. But also some important key numbers, ties and managers are about to disappear. Even cash is not safe anymore.

All bank branches in the Chinese Hubei province – home to Wuhan – were kept closed over several months due to the corona pandemic. Many didn’t even notice, the «Financial Times» noted recently (story behind paywall). Because people were able to do all their banking business online, especially payments using Alipay or Wechat Pay. So it is no surprise that people have begun asking themselves whether banks are still needed.

In fact, the coronacrisis has hit the financial market across the globe like a whirlwind. Much of what looked and felt like a certainty will be gone soon. The coronacrisis isn’t the only reason for this – but the rather a catalyst for change that was long overdue. finews.com has taken a look at the most important points.

The signals are clear and evident for all to see. The Swiss financial market is due for massive job cuts in coming months. Most banks have operated with oversized numbers of staff despite progress in digitization, rising costs and lower margins. With the onset of a recession, this is about to come to an end.

Credit Suisse Chief Executive Thomas Gottstein hinted at it a few weeks ago in an interview with «Neuen Zürcher Zeitung». A survey among readers of finews.ch also revealed as much: a large majority believes that there will be a major cull in the Swiss financial market with as much as 40 percent of all jobs due to be eliminated.

2. Offices: Soon to Be Seen in the Museum

Fewer jobs obviously means less demand for offices. With the new trend to more home office, which will help banks save more money, the office as we know it is a thing of the past – to be marveled at in a museum of quirky exhibits – as has been suggested by the «Financial Times» (story behind paywall)recently. Page 2 of 3

China has paved the way. The coronacrisis has given an almighty boost to digitization and shown how difficult it is to make a profit from banking in branches with staff – if not used for representational purposes in the inner city. Recent years’ attempts to repaint branches into meeting points with a living room atmosphere smack of desperation.

The corona lockdown was a huge videoshow – people redefined themselves and adjusted their communication to the tools of Google Hangouts and Zoom Sessions. Who would have dreamt of wearing pinstripes and a tie for such a meeting?

Even chief executives saw fit to cast off the formal wear as finews.com illustrated in a portrait of 31 bank bosses. The wheel won’t be turned back for sure – as even most of tomorrow’s clients won’t care less about suit and tie.

One important insight from the coronacrisis was that communication through videoconferencing works extremely well. Of course it won’t be able to replace all physical meetings – therefore business travel is here to stay.

But: the blithe and sometimes absurd use of business trips is gone. It is far too expensive and unproductive – compared with an efficient video-call. Which means an end to the prolonged weekend trip to London, Paris or Amsterdam following a few days of business meetings. Airlines and hotels will feel the effects of it.

No authority will ever commit to abolishing cash. But the trend is clear – in some countries more than in others. Sweden is a good example for this, with cash playing an ever smaller role in everyday life. The fact that large-denomination bills increasingly are in lesser demand is a further sign that many want to move away from cash. In this sense, the coronacrisis helped accelerate a trend and sound the bell to a new era.

Digital payments surged in recent months and if that wasn’t enough, it was helped on by the decision of debit- and credit-card issuers to increase their limits. At the same time, Facebook took further steps to implement plans for its own currency, a sign that cash is in for an uncertain future. Even average retail banks have stopped receiving cash at all branches in Switzerland, as was reported by «Zürichsee Zeitung».Page 3 of 3

7. AuM: No Longer the Measure of All Measures

All of these changes will have a massive influence on the financial market and increase the pressure on banks to consider the way to boost profitability. Growth in assets under management and net new money used to be measure of success. But growth as such isn’t the key parameter anymore, bank chiefs have noted – one being Eric Syz of namesake bank or Philipp Rickenbacher of Julius Baer, who spoke in an interview with «Finanz und Wirtschaft» (behind paywall).

8. Middle Management: One Level Will Go – at Least

Fewer jobs, change in work conditions, pressure to increase profitability and lower costs. The middle management will be the one layer to fall victim of the new reality. During the golden years of Swiss banking, financial institutions were able to maintain huge organizations. Of course they contributed to the success, but they also cost a lot of money – with bankers earning huge sums, without really contributing to the growth in profitability.

With a change in conditions, a sobering look on profitability and as procedures are becoming automated, bigger banks will need to cut an entire layer of management – as Credit Suisse did a number of years ago at its Swiss division – under the guidance of Thomas Gottstein – finews.com reported on it.

9. Regular Working Hours: Those Were the Days

The nice new world of work – at home – isn’t free of problems. They will become all the more apparent once the whole dynamic of the industry is back. It is no longer so obvious who has called it a day, or is on holiday or who even simply has regular working hours. In any case, most bankers are constantly online. Which shows that the new freedoms come at a price – a high price tag on the psychological level.

These were great times when UBS caught the limelight as main sponsors of Formula 1 motor-racing. The bank presented its clients with a unique experience. The coronacrisis put an end to all that. The events won’t take place in the same fashion for quite some time – and in any case, banks can’t sponsor activities that harm the environment in such a fashion when they preach the ESG criteria.

Other big events are also under pressure – Baselworld being one of them. This type of cultural event is going virtual. Put simply: all things spendthrift aggregated under the expression of Wine & Dine are totally out.