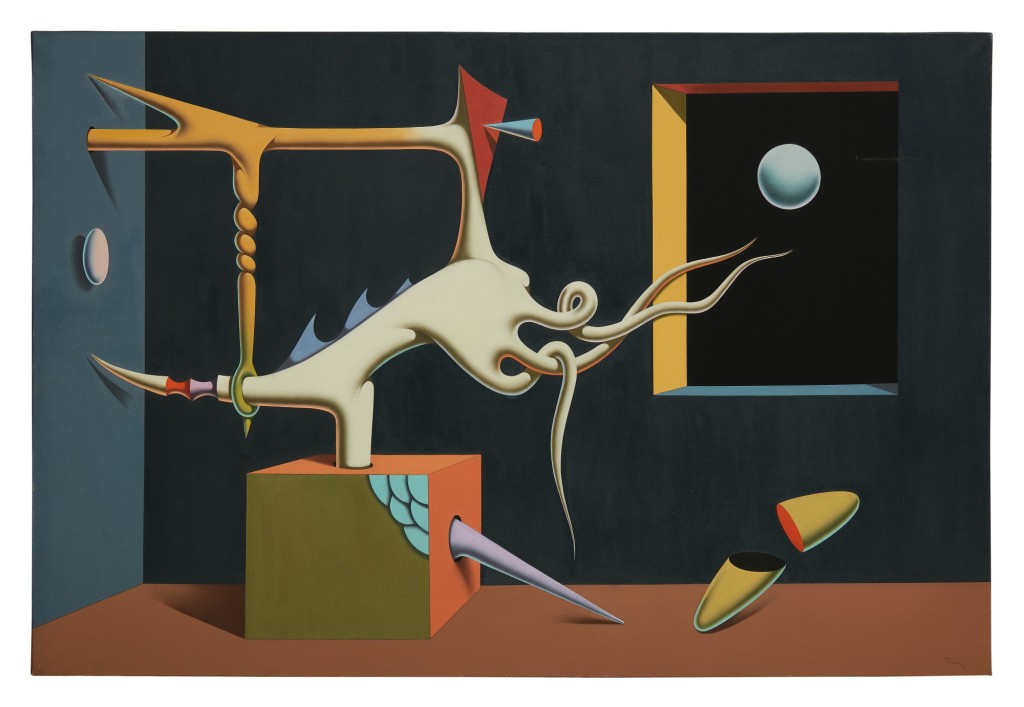 The Sotheby’s Impressionist and Modern Online Day sale was reasonably successful given the circumstance… that said, this sale was a mere 102 lots whereas last year’s day sale in May offered more than 300 works! Additionally, last year saw multiple works sell above $1M, but this online sale had just one… and the prices fell off sharply after that – 63 works sold below $100K. I need to stress – online auctions give an added level of uncertainty, so it really is not all that surprising that sellers, and possibly even Sotheby’s themselves wanted to limit the offerings (and limit the potential failures).

The top price paid was for a work by Giorgio Morandi… estimated at $1-1.5M, the small still life topped that range at $1.58M – it last sold in 2002 for $690K at Sotheby’s London. While the work was guaranteed by a third party with an irrevocable bid, it attracted multiple bids, so it did not go to the guarantor (unlike the top lot in the Contemporary Online sale). In a distant second was a small work by Degas, which attracted 8 bids on its way to $596K (est. $350-450K). This work has remained in a private collection since 1989, when it was purchased for a bit more than $375K ($150-200K) – a pretty solid price at the time! Rounding out the top three was a work by Pissarro, which came in with a $250-350K estimate but breezed by that and settled at $560K. The small oil on canvas has been in private hands for more than 50 years and attracted a number of prospective buyers, garnering 18 bids.

In addition to the top lots, there were a few other notable performances… A large canvas by Ivan Tovar attracted 33 bids and found a buyer at $250K… that’s more than 6 times the high end of the $30-40K estimate! There were a couple of other overachievers, though the prices themselves were not so astronomical – an ink sketch by Picasso received 29 bids and sold for $81.2K (est. $15-20K), and a Maximilien Luce had 30 bids, pushing the price to $60K (five times the $8-12K estimate).

As always, there were some poor performances and outright failures… one work interestingly sold for just $6,250 on a $25-35K estimate; a mere 25% of the low end of the estimate. The most significant unsold work was by artist Kees Van Dongen which was acquired just a few years ago in 2015 – it carried a $200-300K estimate.

In total, 18 works were unsold, so 82% of the works found buyers… of those, 11 were below, 32 were within, and 41 went above their estimate. With nearly half of the sold lots outperforming expectations, the sale totaled a respectable $9.8M on a $7.6-11.1M estimate.