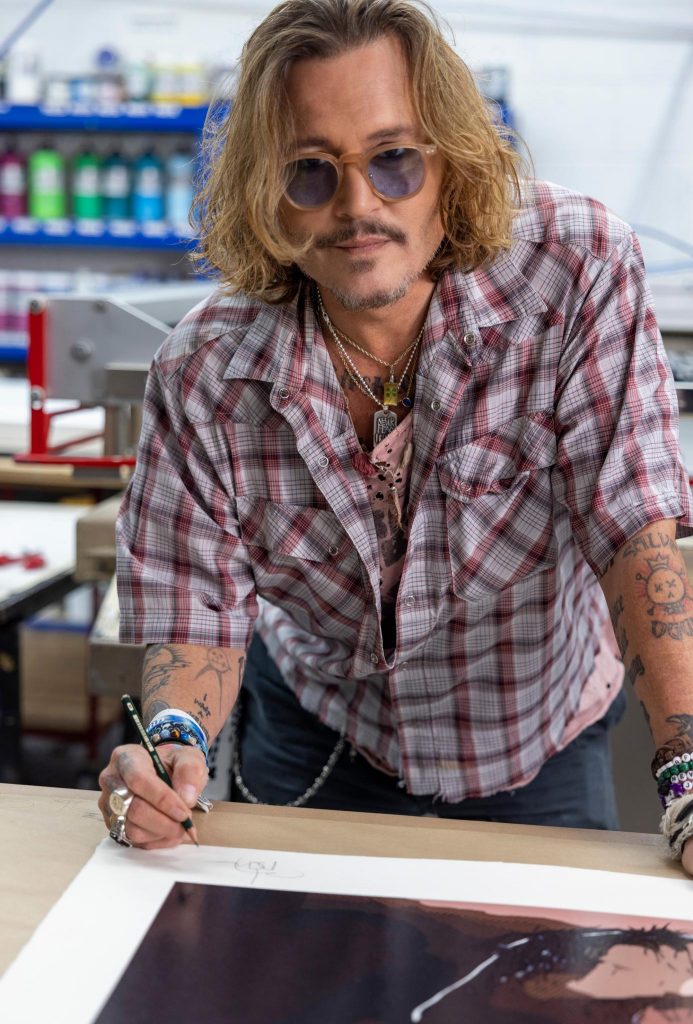 Johnny Depp “broke the internet” with a surprise online sale of his debut art collection — making more than $3.6 million within hours of announcing it, according to a UK gallery.

Fresh off his $10.35 million defamation win over ex-wife Amber Heard, Depp, 59, shared news of the sale with an Instagram pic of him sitting in front of four of his works of other icons.

“NOW AT #CASTLEFINEART,” he captioned the pic, linking the UK gallerythat then told fans, “The wait is finally over!”

“We’re delighted to announce that the latest signing to Castle Fine Art is the critically acclaimed actor, musician, and artist, #JohnnyDepp,” the gallery said.

Less than 20 minutes later, the gallery admitted having such a rush of wannabe buyers that its website crashed.

As fans complained about being unable to access the sale, the gallery then tweeted that Depp’s “debut collection ‘Friends & Heroes’ is now officially sold out.”

“This world-first release proved to be our fastest-selling collection to date, with all titles selling out in just hours,” the gallery said.

All 780 prints were quickly marked “out of stock,” with the sale making an estimated $3.65 million in the sale.

The collection “saw him focus on people he has known well, and who have inspired him as a person,” the London gallery said.

That included the four images of icons Depp sat in front of in his social media pic: Elizabeth Taylor, Al Pacino, Bob Dylan and Keith Richards, the latter being Depp’s “dear friend … who inspired the mannerisms of the infamous Captain Jack Sparrow,” the actor’s beloved character from “Pirates of the Caribbean.”

Depp’s post advertizing the sale was liked more than 1.5 million times as of Friday.

“”His talent really has no limits, these are so beautiful💗,” one admirer wrote.