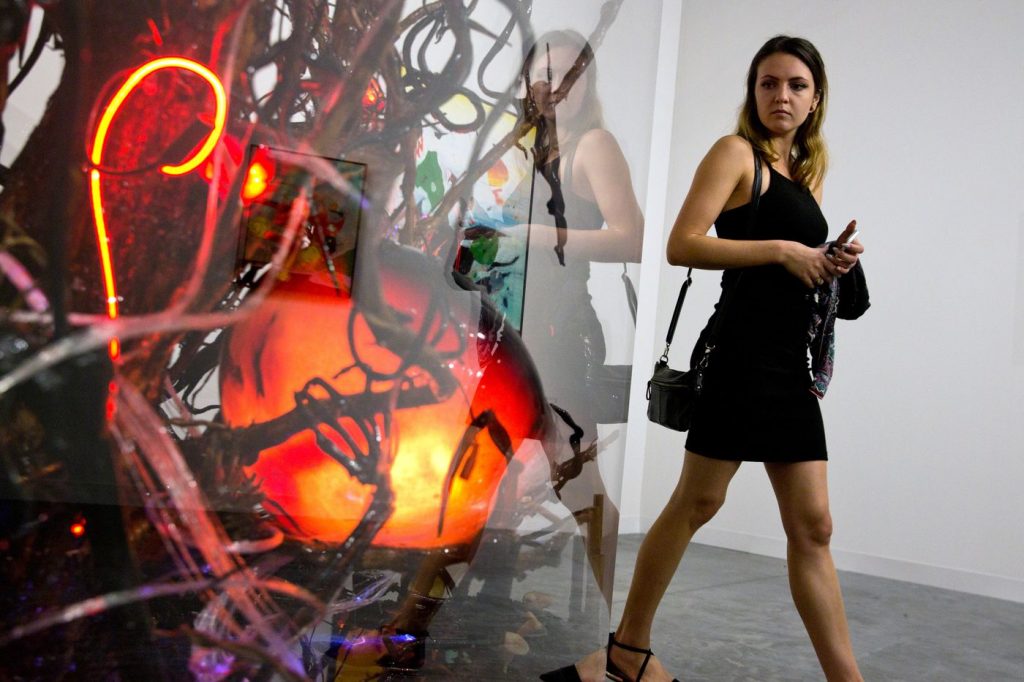 The art market is tracking for record highs, says UBS and Art Basel.

It’s boom times for the art world as high-net-worth collectors flock to international shows in search of exciting new finds.

Buyers are bullish about the global art market’s outlook as an influx of works that have been hidden in private collections for years are now getting consigned. Rising prices have played a role, said dealers at the Art Basel show in Switzerland this summer.

Auction sales are up, too. Christie’s, Sotheby’s and Phillips reported an increase of 21% over the same period last year. The number of art fairs have also jumped 20% and is nearing pre-pandemic levels.

The survey, conducted in August, asked 2,709 individuals with at least $1 million in investable assets about their global collecting activity across 11 markets, including the US, UK, France, Italy, Germany, Mainland China, Hong Kong, Singapore, Japan, Taiwan and Brazil.

“If growth continues at the same pace in the second half of 2022, cross-border trade could reach record levels in the major markets for art,” the report said.

This bodes well for Art Basel taking place in Miami next month. At recent art fairs, prices were high, but people were buying despite economic uncertainty.

“Any macroeconomic downturn has to last quite a while to really impact us,” he said, explaining it would take about a year and a half of relentless bad news to make people’s art buying habits change.