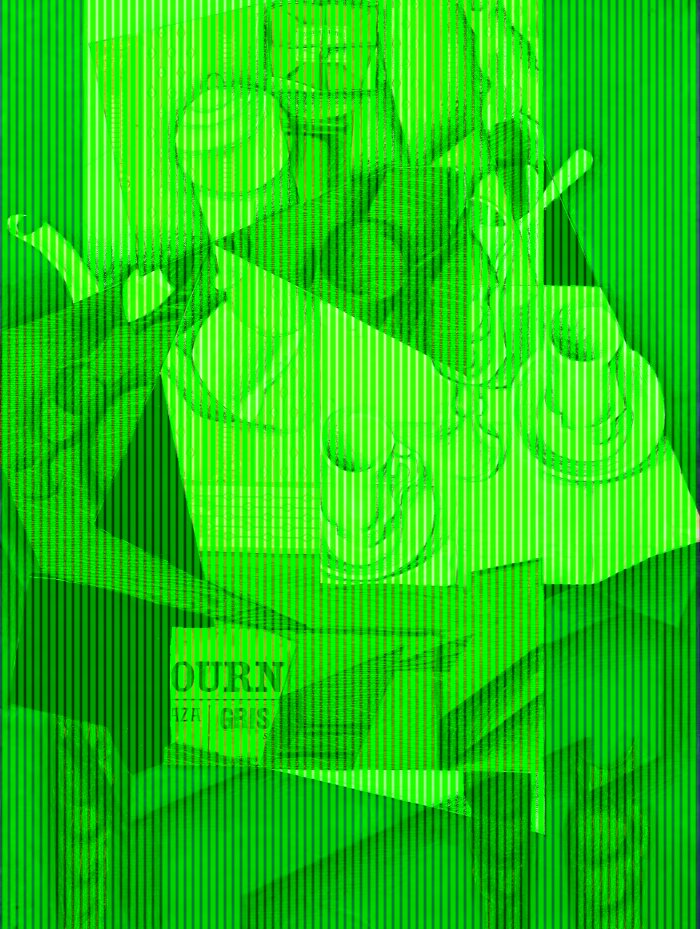 ‘Cubism and the Trompe l’Oeil Tradition’ at the Metropolitan Museum sparkles with works by Picasso, Braque and Gris

Cubism sprang on to the scene in the early years of the last century, blaring its break from the past. The movement’s three frontmen — Pablo Picasso, Georges Braque and Juan Gris — took a hatchet to conventions of perception. They sliced up the nude, deconstructed the portrait and exploded nature into clashing, crossing planes. They turned reality strange and painting unrecognisable. The art press responded by branding them charlatans, incompetents and provocateurs; critic Camille Mauclair fulminated that Cubists were “madmen” whose “mental illness” endangered the “moral health” of the public.

Yet the main vehicle for all this explosive radicalism was a genre that dated back to antiquity: the still life. Since Roman times, it’s been a distinctly second-hand form. Even before a brush grazes a palette, the artist arranges fragments of nature and society — fruit, birds, pottery, flowers, household objects, reading material — into an aesthetic whole. To paint such a tabletop composition is to layer artifice on artifice, to bewitch the eye with virtuosity and create an image that is self-evidently fake yet also confusingly vivid.

Cubism and the Trompe l’Oeil Tradition, a clunky title for a sparkling new show at the Metropolitan Museum, investigates the volatile relationship between the trio of revolutionaries and the realism they appeared to reject. Cubists forged forwards by looking back.

You can see it in the way they treated the grape. Dutch still-life specialists elevated the humble fruit into a polished gem. The 17th-century Spanish Baroque painter El Labrador placed bunches of them against dark backgrounds to give them a dramatic presence. That kind of hyper-illusionism asks the eye to summon other senses: the squirt of tartness and sugar on the tongue. But it also has a moral agenda, equating lusciousness and desire with ephemerality.

A Cubist grape was a gloss on that gloss, a wry, worldly comment on the tradition of reading food for spiritual meaning. Braque and co dropped clusters on to tabletops and surrounded them with wine glasses, pipes and newspapers, but they were less interested in what the grape meant than in how we see it, or think we do.

‘Art is a lie,’ Picasso said. It is also a game, and he and his buddies wanted in

The insight that Cubists were really classicists with a soft spot for great masters and old traditions isn’t new. Lots of scholarship has documented their debt to the past and their admiration of Corot, Ingres and Cézanne. But the Met show, curated by Emily Braun and Elizabeth Cowling, more narrowly tracks the Cubists’ fascination with a trickster impulse in painting that goes back to the Renaissance. They parodied, flirted with and paid homage to works of European and American art intended to deceive the eye. “Art is a lie,” Picasso said. It is also a game, and he and his buddies wanted in.

The curators savour the intergenerational competitiveness of illusionistic art. Pliny the Elder tells the story of how it began, with a contest between two artists in the 5th century BC. Zeuxis painted a bunch of, yes, grapes so realistic that it lured hungry birds. He looked over at the work of his rival Parrhasius, saw that it was covered by a curtain, and demanded to see what lay beneath. Of course, the curtain was the painting, and it fooled not just a flock of fowl but the sharp-eyed Zeuxis himself.

Curtains play a starring role in the iconography of trick painting, both because they’re difficult to get right and because they simultaneously reveal and obscure. In 1658, two Dutch artists staged an epic update of Pliny’s tale, only instead of attempting to best each other, they joined forces. Frans van Mieris drew a blue taffeta curtain partway across an impossibly opulent floral arrangement by Adriaen van der Spelt. The result is a spectacle of magic.

In 1909, Braque painted a green baize curtain, yanked aside to reveal a violin that’s at once three-dimensional and abstracted. The neck juts forward, while the body dissolves into a jumble of planes, so that the instrument expands and contracts as it brings forth music. We see ourselves hearing.

The show makes clear how often, and how faithfully, the Cubists paged through the past to learn such techniques of wizardry. In 1665, Cornelius Norbertus Gijsbrechts produced the portrait of a painting: one corner of the canvas has come unstuck from its frame and curls downwards, revealing that the fantastically realistic concoction of fiddle, sheet music, candlestick and ribbon that seems to be sliding off a marble tabletop is really just veneer. Inside the picture, gravity is an illusion; outside, it pulls the whole world down.

The Cubists relished the interplay of content and frame, past and present, object and image, all of which they compressed into their complex spaces. But they were less willing than their forebears to accept nature’s limitations. In 1912, Picasso painted two oval canvases, like coffee tables seen from above. Both include the usual pipe, glass and newspaper. One depicts a Michelin pamphlet decorated in the colours of the French flag and emblazoned with the chopped-up but still decipherable motto “Notre avenir est dans l’air” (“Our future is in the air”). It’s a declaration of take-off. Picasso envisioned an artistic movement headed in the same direction as the Wright Brothers’ experiments: into the clear blue promise of infinite possibility.

In the companion piece, he upgraded the old magic act by incorporating physical objects into spaces made only of paint and light. In “Still Life with Chair Caning” (1912), he pasted on to the canvas a piece of oilcloth machine-printed to resemble the chair’s rattan weave. It’s not a swatch of caning, but an industrial representation applied on top of another representation. Then he outlined the oval in a length of (bought, not painted) rope, echoing the curve of the café chair and mocking the pretensions of traditional carved frames. The whole thing is an ingenious muddling of dimensions. (The work, owned by the Musée National Picasso in Paris, comes to the US for the first time in 30 years.)

If the exhibition has a fault, it’s overenthusiasm. The curators make the same point many times, supporting their case with an excess of Cubist works, which start to blur after a while. Yet there are worse sins than packing in too much good art.

Before the end, we’re confronted with a provocation in the form of a mirror — specifically, the shard that Gris glued on to the surface of “The Marble Console” in 1914. Until then, viewers relied on the artist to interpret the world and beguile the eye with a selective, mediated and fixed version of reality. Gris’ bit of glass adds the elements of chance and change, and a new level of trickery. You may think you’re looking at a mere painting. Instead, you’re staring at a disjointed sliver of something flickering that you can’t quite identify: a Cubist version of yourself. Fooled ya.