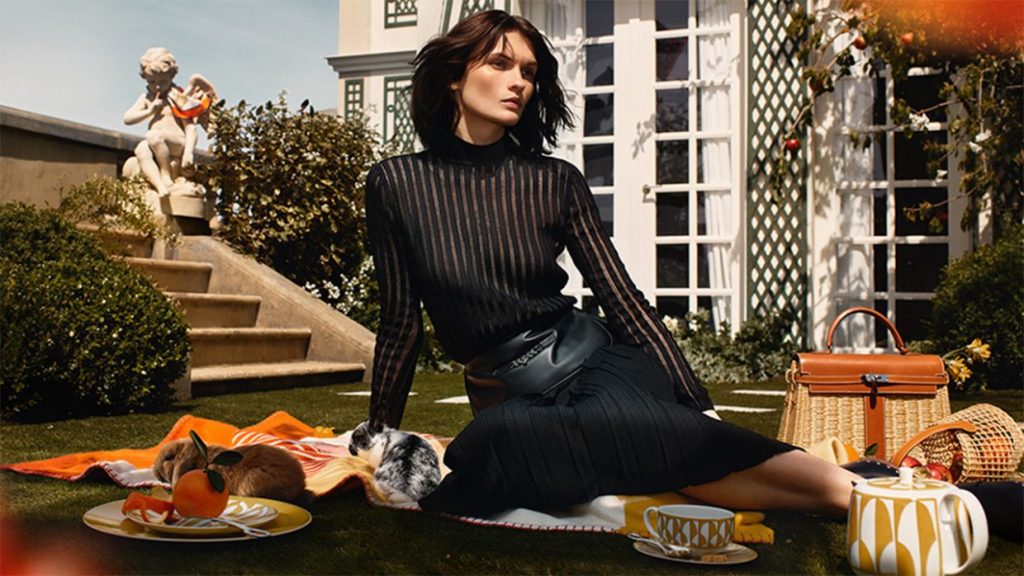 Hermès is set to bring its rich history and longstanding heritage to the digital world after filing for trademarking in the metaverse last month. Photo: Hermès

Hermès is finally preparing for its entry into the metaverse. The French luxury design house has recently filed for a trademark application with the United States Patent and Trademark Office (USPTO), which will reportedly cover all things Web3, including downloadable software which can display, store and manage virtual goods, digital collectibles, cryptocurrencies, and NFTs.

The news is an exciting and somewhat unexpected announcement for the luxury fashion industry. Labels like Hermès that rely on their history for survival tend to take the idea of evolution with a pinch of salt, particularly when the adaptation involves entering an entirely new — and still slightly unfounded — world. Only in January this year did Bernard Arnault, CEO of LVMH Group, announce that the conglomerate had no desire to prioritize its move into Web3. Now, a number of its subsidiaries are in the process of constructing a strong digital presence, from Fendi’s recent partnership with Meta to Bulgari’s collaboration with South Korean metaverse platform Zepeto.

Stefano Rosso, CEO of BVX and founder of online community platform D-Cave, believes that this rise in companies utilizing the landscape is an essential form of future-proofing. “I believe every brand should protect themselves in the Web3 space. It’s inevitable that we will all sooner or later live a portion of our lives in the metaverse, applying these Web3 processes of acquisition,” he says. But while Hermès’ foray into the virtual world may be within sight, the growing number of competitors means the stakes are set to be undoubtedly high when it comes to creating an engaging and distinctively ‘Hèrmes’ metaversal entrance.

This isn’t the first time the fashion titan has found itself as the talking point of the Web3 arena. Lest we forget, the MetaBirkin NFT dispute circulated across online and offline communities earlier this year after the maison sued artist Mason Rothschild for unfair trademark infringement — despite the creative claiming that his designs were simply a “reinterpretation of the form, materiality, and name of a known cultural touchpoint.”

Rothschild’s statement also vocalized a series of stipulations regarding Hermès’ response, stating that the firm should be investing more time into “amplifying young creatives and artists” as opposed to “stomping them out.” Hermès metaverse entry signals that it may just be ready to do exactly that, and make full use of the melting pot of creatives the digital terrain offers.

However, this might not necessarily be the case. Stalwarts of luxury fashion have repeatedly relied on traditional brand models to maintain high levels of exclusivity. While the foundations of Web3 may be built on the prospect of a decentralized and accessible future, it can’t be said for certain that this is something they’ll commit to. Jewelry giant Tiffany & Co, in this case, is a prime example: its virtual ventures seem to favor catering to small-scale online caveats rather than to the masses — after all, a $50,000 (348,000 RMB) Cryptopunk pendant isn’t exactly achievable for everyone.

Nevertheless, it will be interesting to see how the establishment navigates these waters while exploring how to preserve its longstanding heritage and reputation of unparalleled craftsmanship. Though the application hails a new direction for the line, it’s not yet clear what exactly that might entail — though Web3’s expansion into movements such as phygital twins, gamified experiences, and interactive campaigns suggests that it won’t be short of options.

Luxury has had its fair share of challenges in digital, particularly when it comes to onboarding its traditional demographic of consumers. But Hermès’ expansion into the metaverse might just be what the market needs to bolster its presence and prove that the sector really is in Web3 for the long run.