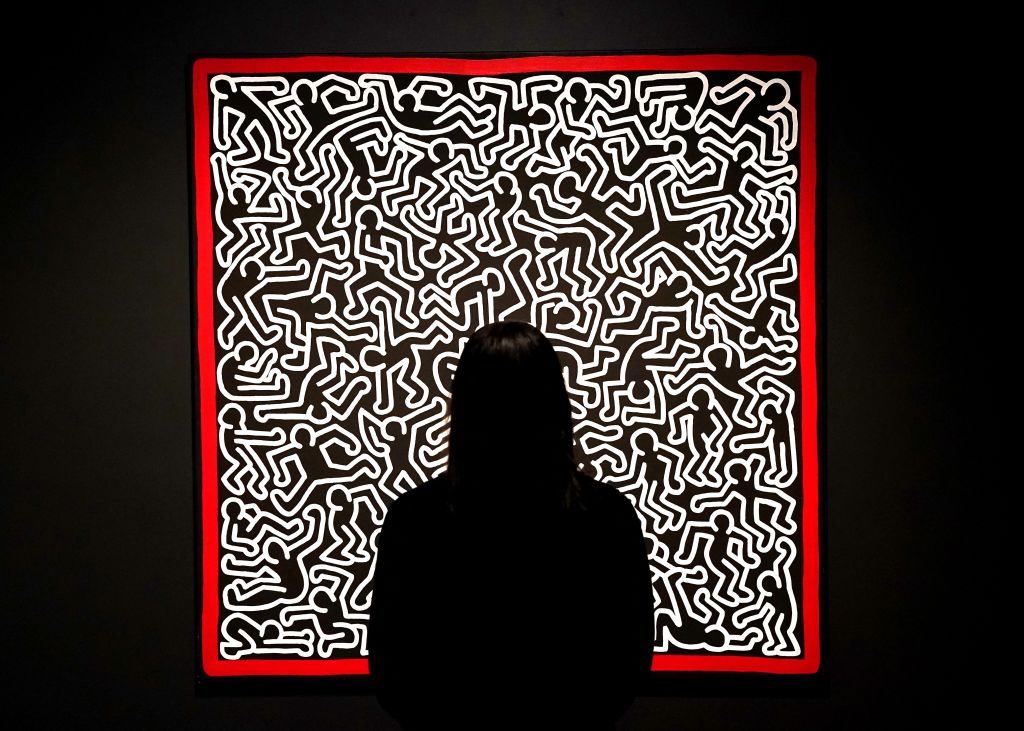 After a dismal 2020, auction houses are looking to get back on track.

So, here we are, on the verge of another major—and relatively “normal,” whatever that means these days—auction season, as Christie’s and Sotheby’s get ready to sell hundreds of millions of dollars worth of Impressionist, Modern, and contemporary art in the space of a single week. (Phillips’s sale has been pushed to June.)

And despite all that has changed in the past year, some things have remained the same—or even shifted back to how they were before the pandemic. After a dismal 2020 for the auction houses, they’re now back on steadier ground, with the low end of the cumulative estimates this season reaching over $1 billion.

And while, in 2020, there was an overall dearth of top-level works surfacing to the auction market, this week, there is no shortage of seven- and eight-figure paintings on the block. But the pacing and flow of the offerings has altered.

Sotheby’s is keeping to more traditional categories, with a series of offerings packed into a single evening on Wednesday, May 12, starting with an auction of the revered private collection of the late Texas philanthropist Anne Marion, followed by separate sales of contemporary and Impressionist and modern art.

Christie’s, meanwhile, will hold auctions according to its newly divided sales categories, which are split loosely between 20th- and 21st-century art. “The contemporary and postwar period was getting very big,” Alex Rotter, chairman of 20th- and 21st-century art at Christie’s, said at a virtual press preview last week. “We want to distinguish it because the market is distinguishing it.”

In keeping with recent sales—and signalling that consignors demand confidence—both houses offered extensive guarantees. At Christie’s, 36 of 80 lots (or 45 percent of the works on offer) are guaranteed. Sotheby’s has guarantees at a lower, 25 percent rate, on 17 of the 68 lots in its main offerings. (The Marion sale is not guaranteed.)

Considering all there is to keep track of, we put together a handy guide to the sales, how they compare to the same auctions two years ago (since 2020 was a wash), and the top lots to watch. Star Lots: With an unpublished estimate in the region of $50 million, Jean-Michel Basquiat’s In This Case (1983) features one of his signature raw skulls. It hails from the collection of Italian fashion magnate Giancarlo Giammetti, co-founder of Valentino, as Artnet News’s Katya Kazakina previously reported. It used to hang in his New York City apartment, where it was photographed above his dining room table in an Architectural Digest spread. (Christie’s does not comment on the identities of its clients.) The run-up in value is eye-popping. Last offered at auction at Sotheby’s New York in November 2002, it sold for $999,500, just missing the low end of its $1 million to $1.5 estimate.

Along with another Basquiat, Untitled (Soap) (1983–84), with an estimate of $10 million to $15 million, Christie’s is also offering Martin Kippenberger’s seminal mixed-media sculpture Martin, Into the Corner, You Should Be Ashamed of Yourself (1989), a self-portrait of the artist as an adult taking the form of a chastised school boy made to stand in the corner of a classroom. The estimate on the Kippenberger is identical to the Basquiat, at $10 million to $15 million. Along with a classic 1992 Gerhard Richter abstract painting, estimated at $9 million to $12 million, and a 1990 Christopher Wool text painting that spells out “OH OH,” the sale is notable for the inclusion of NFTs, the digital art craze that has dominated the art world in the past few months. Nine CryptoPunks by Larva Labs, minted in 2017, carry an estimate of $7 million to $9 million. Star Lots: Expect the evening to start with fireworks when Sotheby’s offers contemporary art from the collection of the late Anne Marion, the American heiress, horse breeder, and philanthropist from Texas who was a consummate collector. She was married to former Sotheby’s chairman and auctioneer John Marion, and was the founder of the Georgia O’Keeffe Museum in Santa Fe, as well as a generous donor to numerous major museums.

Another, lower-priced highlight is a Marino Marini bronze, Rider(conceived in 1952), estimated at $2 million to $3 million, that came from the estate of Marion’s grandmother, Olive Lake, and which Sotheby’s specialists described as “a fitting subject for a sculpture owned by a family of ranchers.” Star Lots: Experts are calling it the battle of the dueling Basquiats, since both Christie’s and Sotheby’s top evening-sale contemporary lots are by the market darling. At Sotheby’s, it’s a classic 1982 work, Venus Medici, which carries a hefty estimate of $35 million to $50 million. Though exhibited extensively, the work has been in the same private hands for three decades, and has never been offered at auction before.

Other sale highlights include a classic Cy Twombly “blackboard” painting, Rome (1970), estimated at $35 million to $45 million, and Robert Colescott’s George Washington Carver Crossing the Delaware: Page from an American History Textbook (1975), estimated at $9 million to $12 million. The sale will undoubtedly vault Colescott into record territory, given that the existing auction record of $912,500 for one of his paintings was achieved in 2018.

Star Lots: Claude Monet’s Le Bassin aux nymphéas (1917–19) carries an estimate of above $40 million, more than double what it achieved in its last turn on the auction block at Sotheby’s New York in May 2004, when it sold for $16.8 million. The work hails from Monet’s “revolutionary” late works that “inspired generations of painters to follow,” according to Sotheby’s.

Other highlights include a Cézanne still life, Nature morte: pommes et poires (circa 1888–90), estimated at $25 million to $35 million and said to be one of the last of its caliber left in private hands. Meanwhile, a Modigliani portrait, Jeune fille assise, les cheveux dénoués (Jeune fille en bleu) (1919), carries a $15 million to $20 million estimate, while Picasso’s Femme assise en costume vert(1953), is estimated at $14 million to $18 million. At a 1986 auction at Sotheby’s London, the Picasso sold for $568,000, according to the Artnet Price Database. Star Lots: A major turn-of-the century Claude Monet painting, Waterloo Bridge, effet de brouillard (1899–1903), will be offered on May 13 with an asking price of around $35 million. The work hails from the artist’s “Vues du Londres” series, which he began in 1899. Perched on a balcony at the Savoy Hotel, the artist depicted a panoramic eastward vista that recedes toward the factory-dense South Bank beyond. In May 1999, it sold at Sotheby’s New York for $9.3 million to the same collector who is selling it now.

Another star lot is a Picasso portrait of his lover and muse, Femme assise près d’une fenêtre (Marie-Thérèse) (1932), which has a more recent track record at auction, having sold at Sotheby’s London in February 2013 for $44.7 million. In May 1997, according to the Artnet Price Database, it sold for $6.8 million at Christie’s New York. This time it carries an estimate in the region of $55 million.