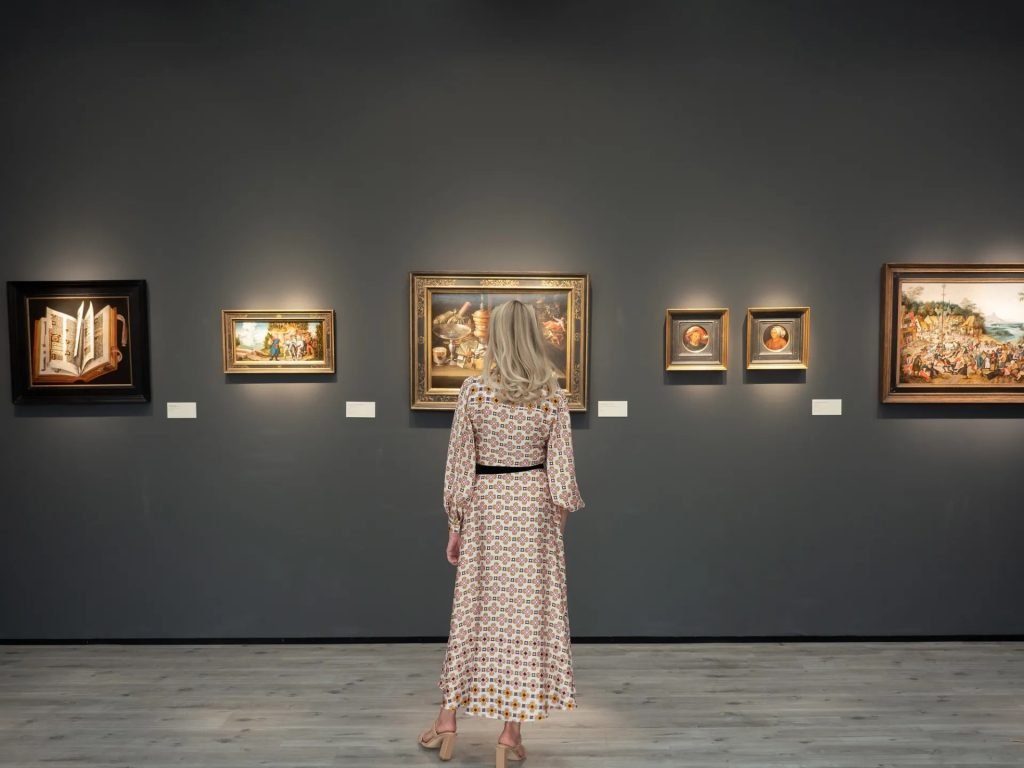 Demand from collectors remains “extremely resilient”—but survey asks how long can the current model be sustained?

After the art market bounced back better than expected in 2021, the first half of this year brought its own tsunami of challenges: the war in Ukraine, a worsening climate emergency, spiking inflation and a cost-of-living crisis among them. Despite this, the global import and export of art is on course to reach record levels by the end of 2022, topping the $30.5bn achieved in 2019. These are the findings of the latest collector survey published today by Art Basel and UBS and authored by the cultural economist Clare McAndrew.

Surveying 2,700 high-net-worth individuals across 11 markets, McAndrew concludes that demand from art collectors continues to be “extremely resilient”, and spending plans for the remainder of 2022 “extremely bullish”. According to Forbes, there has been a slight contraction in the number of global billionaires—down by 3% on the same period in 2021—while their collective wealth has also decreased by 3%, or $400bn. This has yet to make a dent in the art market.

Indeed, coming out of almost two years of lockdowns and restrictions, a pent up thirst for travel coupled with a desire to see art in person has helped buoy the market. In the coming year, 77% of collectors say they plan to attend moreoverseas fairs, exhibitions and events—good for trade but not the environment.

The climate crisis is on collectors’ minds, however. Sustainability now ranks fourth among their top ten concerns (after increased regulation, the rise of legal issues such as fakes and forgers and barriers to international trade).

There is also mounting evidence that collectors are opting for—or considering opting for—more sustainable options. Today, 71% consider it essential or high-priority to switch from airfreight to sea or land freight in the next two years (versus 58% in 2019), while 76% of collectors say they will purchase sustainably produced works of art (versus 60% in 2019) and 74% now say they will consider using reusable or recyclable shipping materials (compared with 60% in 2019). Those who plan to offset their carbon footprint from art-related travel has risen from 58% in 2019 to 73%. Nearly all collectors say they would pay an extra 5% for sustainable options in 2022, but only 27% would pay a 33% premium.

For now, this all remains speculative: currently there is little data on the carbon footprint of the art market, and what quantifiable steps are being made to reduce it.

The report does not really delve into the topic of diversity, except to note that female representation in global art collections has been creeping up since 2018, when it was 33%, to 42% in 2022. The more mature, larger markets such as the UK (47%), France (47%) and the US (44%) are among the most equal. McAndrew suggests that, rather than the gender bias existing in the mind of the collector, it is in fact the availability of female artists’ works in galleries and auctions which influences the composition of collections.

The market’s continued consolidation is probably doing little to encourage diversity. In 2021, 74% of the value of imported art works to the US came from just five countries out of 199, with the UK and France accounting for nearly half. So, while globalism has been touted as a force for good—encouraging cross-cultural dialogue and a greater exposure to art and artists from emerging markets—it has also forged a “highly unequal arena”, as Olav Velthuis, a professor and the department chair of sociology at the University of Amsterdam, writes in the report.

It is thought the curtailment of cross-border trade during the pandemic may have encouraged more focus on local artists and markets, though, the report notes, “this has not yet led to significant changes in collecting habits when it comes to the nationalities and origins of the artists supported by high-net-worth collectors”.

Tightening trade restrictions between the US and China and the UK and Europe, as well as sanctions, have had an adverse affect on some markets. There is little granular data available yet on the impact of sanctions on the Russian art market, though the report notes that there are 34 fewer billionaires in Russia since the country’s invasion of the Ukraine. China, meanwhile, lost 87 billionaires, chiefly due to government regulation and greater scrutiny of tech companies.

UBS suggests that restrictive measures have “led to some of the art trade flows with Russia being processed in other jurisdictions”, noting how China “has expressed opposition to sanctions against Russia”, while no jurisdiction in Africa or the Middle East has currently imposed sanctions. “Some additional inflows and outflows of trade, including in luxury objects and artworks, have developed with countries in these geopolitical areas, including, for example, between Russia and the Gulf States or Turkey,” according to the investment bank.

One of the most striking developments that the report identifies is the drop in art imports to the UK since Brexit—as well as an increase in market share for Hong Kong, though that could soon fall as protracted Covid-19 restrictions threaten the market in the special administrative region. In 2000, the UK accounted for 24% of global art imports; in 2010 that figure was 30%; in 2016 it was 16% and in 2021 (when we first felt the impact of Brexit), the UK’s share of global art imports had plunged to 7%.

Nonetheless, Paul Donovan, the chief economist of UBS global wealth management, says we should be “cautious about how much emphasis we put on Brexit”. Speaking on the Art Basel podcast Intersections, he notes how the UK underwent several, “more dramatic” lockdowns in 2021, which “probably led to quite a lot of disruption to a market that is fairly dependent on global travel”. Brexit’s full impact will be better assessed in the next two years, Donovan adds.

Indeed, as it stands, the UK still enjoys a 17% share of the overall art market, making it the third largest in the world—and the outlook there, as in other major art centres, remains bullish, at least for those at the top of the wealth spectrum.

This does not solve any of the underlying issues of sustainability, however. As Velthuis puts it: “For a more diverse and resilient global art system, the narrow focus on a single set of institutional blueprints needs to be opened up. This will automatically lead to a more inclusive and less hierarchical understanding of art, which recognises the values of traditional, crafts-oriented, or indigenous art. Ultimately, for a global art system to remain sustainable, power imbalances need to be addressed.”