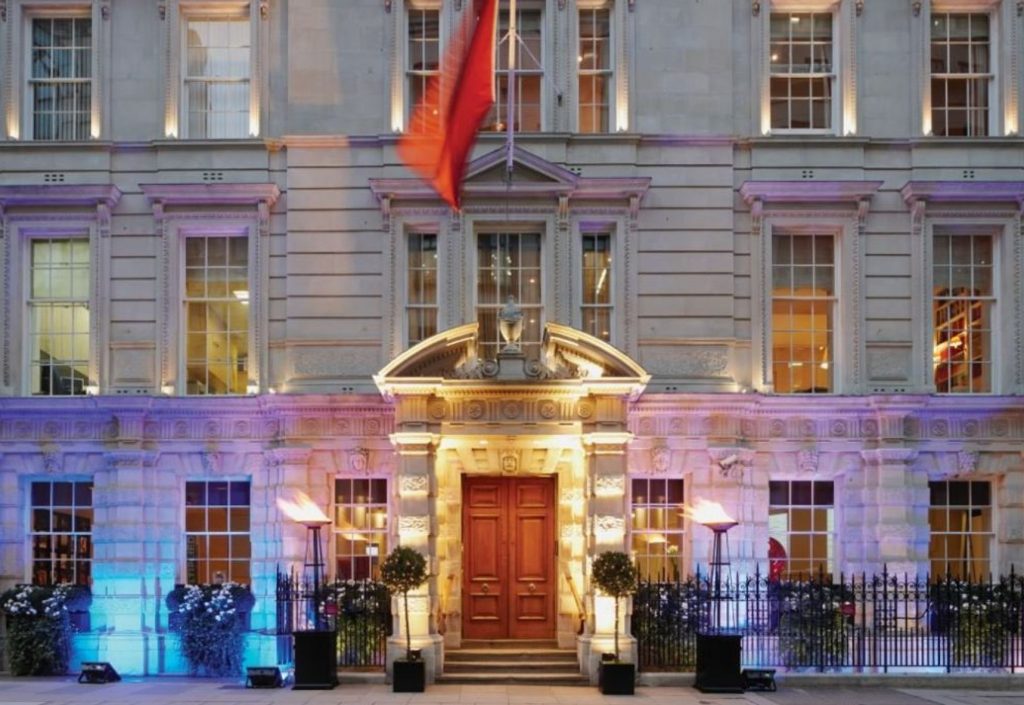 Amid strong art market, the auction house plunges into tech startups at a time when other venture capitalists are pulling back

The investing outlook for tech startups may be more mottled than a Claude Monet—but Christie’s said it sees a way forward. It’s launching a venture-capital arm.

On Monday, the London-based auction house said it is starting its own in-house investing firm, Christie’s Ventures. The entity will aim to supply seed funding to young companies whose technologies could ultimately help collectors buy and sell more art, digital or otherwise.

Christie’s move comes as the recent crash in crypto and the broader selloff in tech stocks have compelled traditional venture-capital firms to pull back from risky bets on startups. Funding for startups altogether fell 23%, to $109 billion, in the second quarter compared to the first three months of the year. That’s the second-largest quarterly funding drop in a decade, according to data firm CB Insights.

Christie’s, which recently reported strong sales, said it plans to invest at least several million dollars in multiple startups in the coming weeks. The company said it has already invested an undisclosed sum into one Canadian startup, LayerZero Labs, that seeks to help people spend or move their digital assets like cryptocurrency across disparate blockchains.

Devang Thakkar, global head of the auction house’s venture, said Christie’s is wading in now to apply its expertise to find companies potentially capable of solving problems that have long bedeviled the art trade. Mr. Thakkar said these could include technologies designed to help resolve authenticity disputes and track and catalog art owners more efficiently. Other tools he’s eyeing include those to more safely store and sell digital assets such as art-carrying NFTs, or nonfungible tokens that act like digital receipts.

Mr. Thakkar, a former executive at Microsoft and Artsy, said Christie’s plans to look out for startups that help people experience art differently. Earlier this spring, the company hired a hologram company to project images of an Edgar Degas bronze sculpture of a ballerina to two of its global showrooms in Hong Kong and San Francisco. This way, the house didn’t have to try to ship it around the world at a time of supply-chain delays. The house hasn’t invested in the company, but the Degas proved a hit, selling in May for $42 million, over its $30 million high estimate, and resetting the artist’s record.

Christie’s $69 million sale of artist Beeple’s digital collage in early 2020 proved a wake-up call for the auction house to pay closer attention to the intersection of art and technology, Mr. Thakkar said. He said Christie’s decided it was time to go beyond merely hosting its annual Art+Tech Summit, the fifth iteration of which starts Tuesday.

“Because of Beeple, we had a front-row seat to all this cool tech and no way to accelerate it, even though our brand was often attached,” Mr. Thakkar said. “But if we believe in this technology, we need to be able to influence it and get faster access to it. We need boots on the ground.”

Mr. Thakkar said traditional collectors need more tools to help them open and manage digital wallets and to protect their digital assets, including NFT art, from hackers and scammers.

Christie’s Ventures marks a major departure for the auction house, which said it hasn’t sought to own stakes in outside companies beyond the gallery Haunch of Venison, which it bought in 2007 and shuttered in 2013.

Sotheby’s, on the other hand, last fall invested in a creative tech studio that designs virtual spaces called Mojito. It has also partnered with or bought a number of outside entities, including buying a stake in a high-end collectible car auctioneer RM Auctions, now RM Sotheby’s, in 2015. The following year, Sotheby’s paid $85 million for an art-advisory firm, Art Agency Partners, as well as the Mei-Moses art-data brand. The house still maintains the advisory firm even though its three founders have since moved on. Sotheby’s said Monday it is “actively investing in and acquiring early stage ventures,” though not through a formal venture-capital arm. Christie’s move into the VC space further blurs the line of what an auction house can do.

Bryan Pellegrino, a co-founder of LayerZero Labs, said his year-old Vancouver firm knows how to build infrastructure that can help people more easily shop for art on multiple blockchain platforms. But he still hopes Christie’s can give him tips on how to better navigate the logistical hassles of collecting art in the real world.

“I’m trying to buy a triceratops skull from a fund owned by a bunch of guys right now,” Mr. Pellegrino said, “and it’s been so onerous.”

Mr. Pellegrino said he thinks the fund is nearing a vote on the sale, but his travails won’t end there. “Then I have to get it shipped from the U.S. to Canada—and I still need to find a university here where I can lend it because my wife won’t let me keep it in the house.”