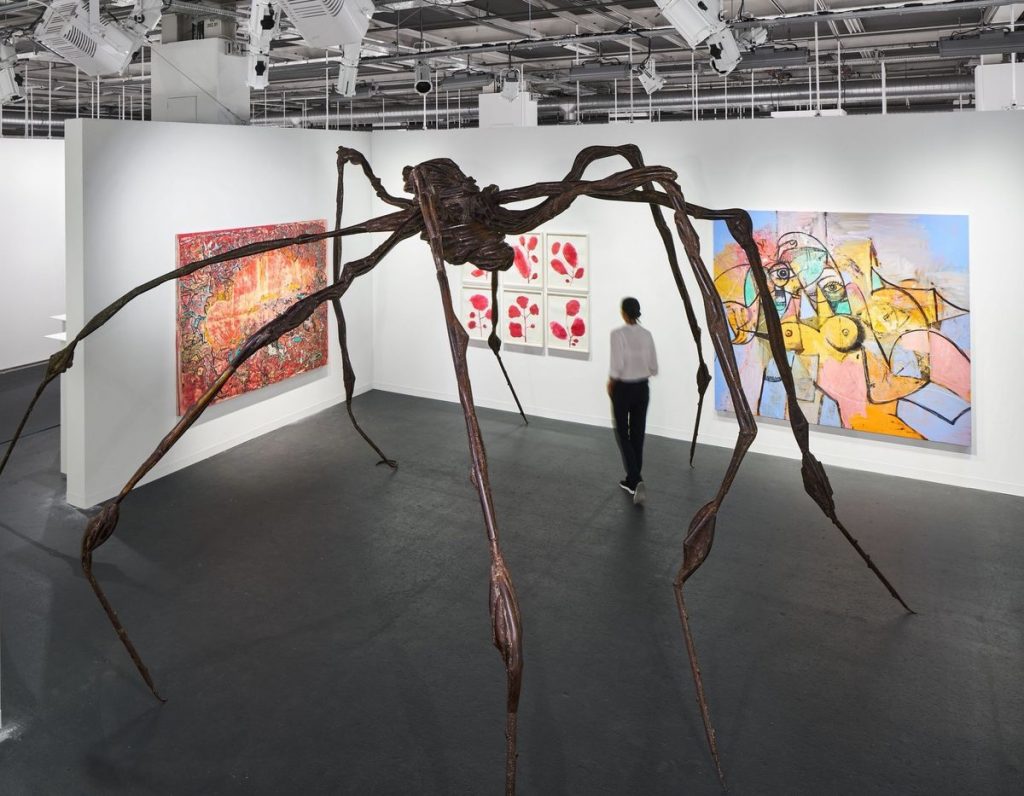 The most important art fair of the year is filled with very good, very expensive art. And it’s selling.

On the opening day of Art Basel, the Swiss art fair where dealers bring their most important artworks to sell to their richest clients, the Paris-based collector Robert Vifian was wandering through the booths.

He’d bought one work already and was taking in the rest of the fair with some trepidation. Prices, he says, are higher than they’ve ever been. “The secondary market is outrageous,” he says. And yet he continues to buy “because I’m addicted to it. That’s the only problem.”

Based on the volume of sales on the first day of the fair (VIP days are Tuesday and Wednesday; public days are Thursday through Sunday), it would seem a number of wealthy collectors are also hooked on the stuff—and willing to spend more than ever before.

“We knew people would return,” says the dealer Thaddaeus Ropac, whose booth included work by Georg Baselitz, Robert Rauschenberg, and Roy Lichtenstein. “And they did, stronger than we could have imagined.”

By the third hour of the fair’s VIP day, he’d sold Elaine Sturtevant’s 1991 painting Johns Flag for Dea for €1.4 million ($1.46 million) and was juggling what he said were four offers for a Lichtenstein sculpture priced at $3.7 million. The first-day sales tallies were dizzying: David Zwirner sold more than a dozen artworks, including a light string by Felix Gonzalez-Torres for $12.5 million. White Cube also listed more than a dozen sales, including a $5.5 million Baselitz. Lisson notched 16. Meanwhile, Hauser & Wirth sold a whopping 25, including a $40 million Spider sculpture by Louise Bourgeois, by far the fair’s most expensive publicized sale that day.

Many of the most expensive artworks had been held in private collections for years, dealers say, and were only consigned this spring because owners became convinced that they had finally entered a seller’s market.

“You look at the auctions [in New York], I mean, the results have been extremely strong,” says the dealer Fergus McCaffrey. “You’re dealing with a market where collectors are not that anxious to part with material. There’s not a lot of distress, so people are looking for premium prices.” Take a striking black-and-white painting by Kazuo Shiraga from 1973, which McCaffrey is offering for $3 million. The painting, he says, has been in the same Italian family since the 1970s, “and they actually came to us” to sell it.

Other dealers brought work from their own collections.

“I accumulate art,” says the dealer Bill Acquavella, sitting on a bench outside his booth. “That’s my job. I buy it at auction, I buy from other dealers, I buy from private collectors. I’ll buy any place I can if I like it. And then I just let it cook. You know, I put it away, I let it cook, and then I pull it out.”

The buzzer seems to have dinged for a particularly expensive group of works this season. Inside Acquavella’s booth, a dramatic $22 million painting by Francis Bacon hung next to an exquisite $6.5 million bust by Alberto Giacometti, neither of which had publicly sold by the end of the first day. And who are the likely buyers? “You never know what you’re going to sell and what you’re not going to sell,” he says. “You don’t sell it now, and then all of a sudden you go home and sell three of them.”

On the fair’s second floor, which was filled with galleries selling lower-priced contemporary art, competition was unapologetically fierce.

“We are seeing a lot of work by artists who tend to produce work more slowly,” says the New York-based art adviser Ashley Carr, who’d purchased multiple pieces for clients in the fair’s first hours. “These are artists that maybe make five to 10 paintings a year, and we just haven’t seen them. And now all of a sudden they’re sort of appearing, and you could tell [dealers] were holding them for a special occasion.”

Prices, Carr says, are high, but she suggests that could be a reflection of the works’ quality rather than price inflation. As such, it shouldn’t necessarily be compared to the lower prices seen during Covid-era fairs. “What I keep hearing over and over again from a lot of the galleries is that in September there weren’t that many Americans,” she says. But this time around, “they were anticipating a lot of Americans coming to this fair, and they were prepared. So I also think that’s part of why they’re maybe bringing more expensive things, and more high-quality things.”

Of course, there’s another potential reason for the influx of top-quality material.

“Concerns about economic instability and potential downturns make this perhaps a good time to consign,” says the art adviser Alex Glauber, who bought multiple works for clients and was ready to buy several more once his collectors on the East Coast woke up. “It’s about knowing that the window [to sell] might be closing for some period of time going forward.”