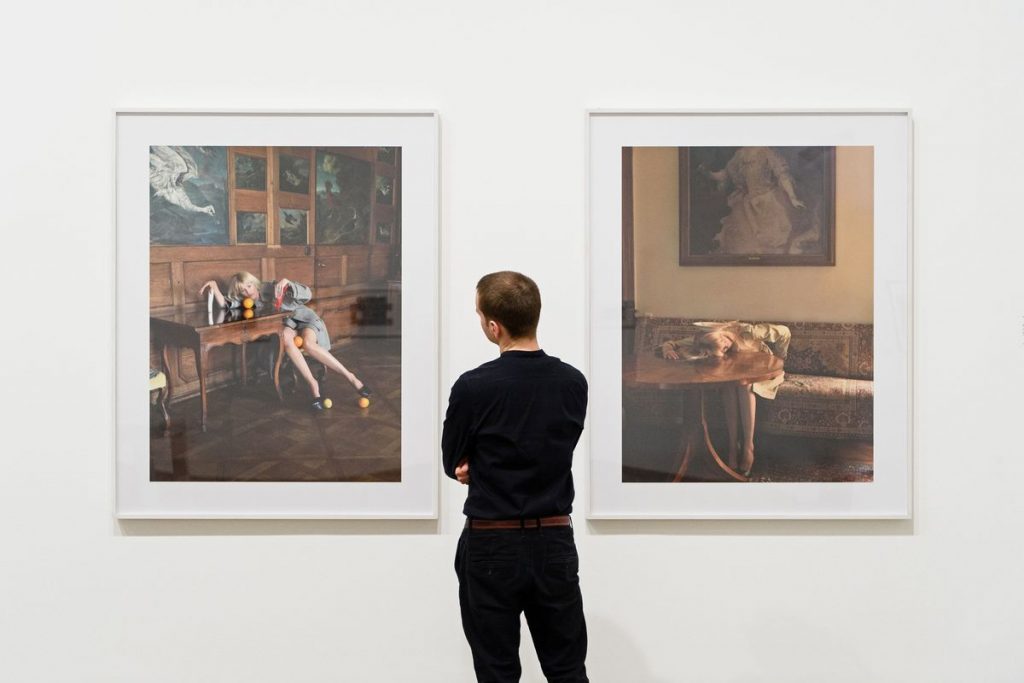 At the outset, guidance for collecting photography isn’t much different from what experts say about purchasing any work of art: Start with images you like, and that you think you’ll like for a long time. “Does it hit you in the gut?” asked Darius Himes, international head of photographs at the auction house Christie’s. Some collectors begin from a price point, others a time period, others a particular artist.

When it comes to amassing a larger collection, even professionals can be guided by their subconscious. “My husband noticed I kept buying things with airplanes in them,” said Laura Noble, a gallerist and author of The Art of Collecting Photography. Today, her “key collection” is of photographs with things that fly. Developing some direction for what to collect “keeps you reined in a little,” she said.

There is a difference between an image—say, the photographer’s JPEG file—and the print. Individual images are issued in an edition, which is the artist’s binding statement as to how many prints of that image will be made, said Himes.

“One thing people get hung up on is, what’s the “original” photograph?” said Caroline Deck, a photography specialist at the auction house Phillips. “There are many originals. Anything printed from the negative is an original photograph.”

Not all original photographs will cost the same amount, however. Different editions can have different numbers of prints. An edition of 50 and an edition of three are both “limited” but they’re not equal in terms of value. Generally, the smaller the number of prints in an edition, the more expensive they will be. (“You’re paying for exclusivity, after all,” said Noble.) The same image can have multiple editions in different sizes, and Noble recommends asking about the total number of copies across sizes that will be offered and sold.

Today, editions of even 25 prints are seen as relatively large while editions of around three to five are seen as small. It’s not always known how many prints of an image there are. Some photographers—particularly those working prior to World War II—didn’t edition their works. A photographer can also decide to sell her artist proof, generally defined as the first perfect print of a negative, once the print run of an edition sells out.

A print’s order within an edition can alter its price, Noble said. Edition pricing may be staggered and can change as the prints sell and become more limited, or as an artist’s work becomes more valuable over time. Print prices will be set by the artist or gallery, and Noble advises asking if an edition is staggered when you check availability. That doesn’t mean all prints from the same edition will cost the same when they surface on the secondary market: As with all fine art, provenance plays a role in the price of photography. If a print is signed, that can also increase its value. In photography, there is what Himes calls “the myth of infinite reproducibility.” But while there aren’t any laws preventing a photographer from simply printing more photos above the number in the limited edition, if they did, “that artist has ruined their career overnight,” said Noble. Further rarifying photography, some artists are even going so far as offer editions of just one single print, giving their work the same unique quality of fine art. And some artists like and use photographic formats, such as cyanotype and daguerreotypes, that inherently create unique objects that are not reproducible.