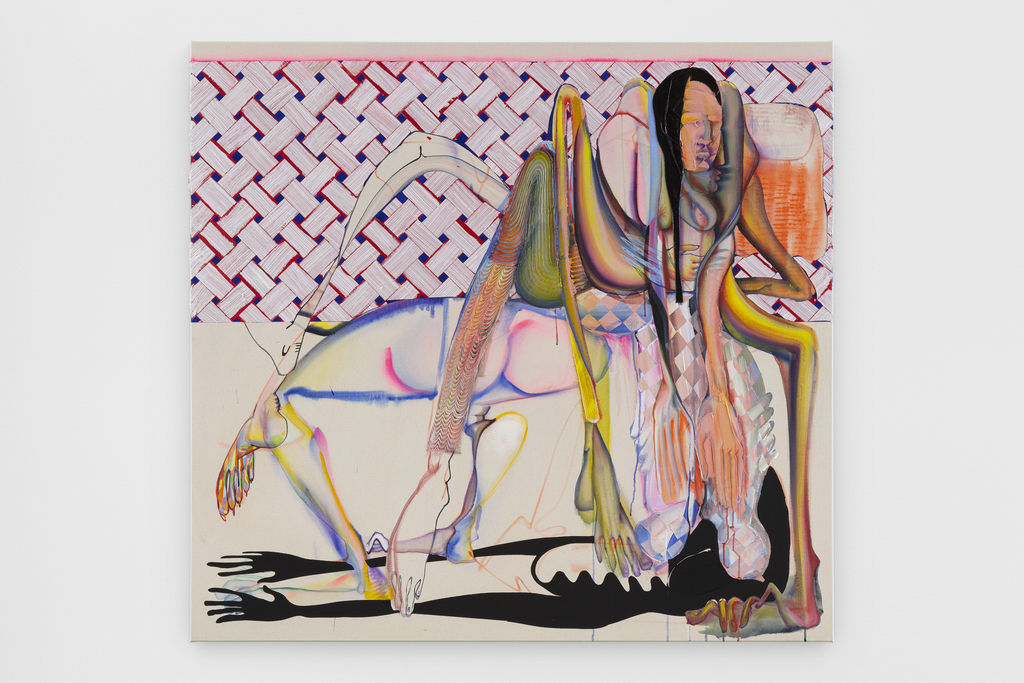 Beatrice SapsfordJul 27, 2020 1:27pmIn this weekly series, Artsy’s Curatorial team offers a look at the artworks that are currently gaining traction among collectors on Artsy. Looking at our internal data, we offer a selection of works that Artsy members are engaging with through inquiries, bids, page views, and saves. The following pieces are culled from recent online auctions and art fairs hosted on Artsy, as well as exhibitions and works added by our gallery partners.

James TurrellFrom Aten Reign , 2015Pace PrintsThis piece by American Light and Space artist James Turrell received a surge of inquiries after it was featured in Artsy’s collection “Limited-Edition Prints by Critically Acclaimed Artists.” The work, which was uploaded by Pace Prints, is a woodcut print in the Japanese ukiyo-e style. The work offers a view of Turrell’s large-scale piece Aten Reign (2013), which filled the Guggenheim Museum’s iconic rotunda in New York in 2013.Browse available works by James Turrell.

AdvertisementGeorge Condo has nearly 30,000 followers on Artsy, so it comes as no surprise that as soon as a new work by the artist is added to the site—like this drawing, uploaded by Allouche Gallery in mid-July—it receives a flurry of inquiries. The high demand for Condo’s work can be attributed to the strong results for his paintings at auction and several solo shows at major institutions, including the Museum of Modern Art. Browse available works by George Condo.

Felix TreadwellBaby Tears, 2020UNION GalleryThis piece by British artist Felix Treadwell, uploaded by London-based UNION Gallery, has received a surge of inquiries as of late. A recent graduate of the prestigious Royal College of Art, Treadwell is relatively new to the contemporary art scene. He recently collaborated with Moosey Art to release a series of 50 limited-edition prints that quickly sold out after their release, likely leading to the increased interest in this available painting by the young artist. Browse available works by Felix Treadwell.

Christina Quarles, All I Need is the Air That I Breathe (2020)

Christina QuarlesAll I Need is the Air That I Breathe, 2020Petzel GalleryThe demand for works by American artist Christina Quarles has increased in the past few months, due in part by recent record-setting auction sales. The Los Angeles–based artist, who shows with Regen Projects and Pilar Corrias, was also due to have her first museum solo show this past spring at MCA Chicago, though it was postponed due to COVID-19. This piece is featured in Petzel Gallery’s current group show “A Love Letter to a Nightmare” and sold shortly after being uploaded to Artsy. Quarles’s signature works show contorted, intertwined bodies that explore the notions of being human and possessing multiple perspectives.Browse available works by Christina Quarles.

Kudzanai-Violet HwamiSekuru Koni, 2017Carmichael GalleryIn her paintings, Kudzanai-Violet Hwami depicts scenes from everyday life in South Africa, exploring issues of identity and diaspora. This piece by the Zimbabwe-born, London-based artist received particular attention this past week, shortly after it was uploaded to Artsy by Carmichael Gallery. In 2019, Hwami was one of the artists representing Zimbabwe at the 58th Venice Biennale, and also had a solo exhibition at Gasworks, London.Browse available works by.

Andy WarholLadies and Gentlemen, 1975Il PonteThis Andy Warhol print, which was featured in the auction Il Ponte: Modern & Contemporary Art, was subject to a high number of bids, page views, and saves this past week—an all-around popular lot. While the Popartist is world famous for his silkscreen prints of Campbell’s soup cans and Marilyn Monroe, the lesser-known series “Ladies and Gentlemen” features drag performers and trans women who were largely unknown until recent years. In this piece, the sitter, Iris, was identified by Corey Tippin, who knew her personally and was active in Warhol’s circle of the 1970s. Browse available works by Andy Warhol.

Corita KentFresh Bread, 1967Heritage AuctionsThis work by American artist Corita Kent (a.k.a. Sister Mary Corita) was featured in the recently closed auction Heritage: Prints & Multiples Sale. The piece received ample bidding activity, leading to a hammer price nearly seven times the high estimate. The Pop artist was a contemporary of Andy Warhol and a sister of the Immaculate Heart of Mary church. She was known to mine inspiration from contemporary culture; in some works, she combined corporate logos with excerpts of writing from her favorite authors. Browse available works by Corita Kent.

Derrick AdamsWoman in Optimum Blue, 2017LongHouse Reserve Benefit AuctionThis Derrick Adams lot is gaining a high level of interest ahead of the LongHouse Shares: Benefit Auction’s closing on July 30th. The piece has been saved by a large amount of Artsy users—usually an indication of collectors wanting to keep an eye on bidding activity. The esteemed young artist is currently featured in a solo show titled “Buoyant” at the Hudson River Museum, which showcases works from his “Floaters” series, portraying Black subjects in moments of celebration and leisure. Browse available works by Derrick Adams.Beatrice Sapsford